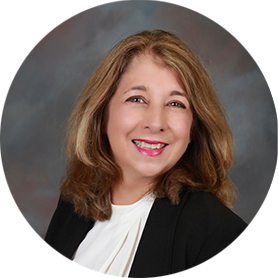 Dara A. Quattrone is certified by the Supreme Court of New Jersey as a Civil Trial Attorney with extensive trial experience in personal injury claims including injuries related to auto crashes, dangerous conditions of property and professional negligence. She is a graduate of the National College of Trial Advocacy of the Association of Trial Lawyers of America, and the Plaintiff Trial Academy of the New Jersey Trial Lawyers Association.

Born in Queens, New York, and raised in Teaneck, New Jersey, she obtained her BA at Fairleigh Dickinson University. She received her JD from Rutgers University School of Law-Camden in 1984 and was admitted to the bar of New Jersey and Pennsylvania that year. She served as judicial clerk to the Hon. Michael R. Connor before joining the firm in 1985.

Dara has practiced in both State and Federal courts and has successfully argued before Appellate Division resulting in a change of the law benefitting minors faced with alternative medical treatment choices.

Dara has served as a member of the Supreme Court of New Jersey District I Ethics Committee and as the Atlantic County Bar Association liaison to the New Jersey State Bar Association. She is a member of the Board of Governors of New Jersey Association of Justice (formerly ATLA-NJ) and co-chair of the education committee. She is designated by the Superior Court as an Arbitrator and also serves as a court appointed Superior Court Special Part Mediator in both Atlantic & Cape May Counties.

Her activism has extended to community affairs where she is on the Advisory Counsel of CASA of Atlantic & Cape May Counties, Bd. of Trustees for the Margate Community Church, and Mission volunteer traveling to hurricane and tornado torn communities rebuilding homes, MANNA & Atlantic City Rescue Mission food preparation and Shultz-Hill Foundation. She is also the mock-trial coach for Egg Harbor Township High School, which won the county championship in 2020. She is a past president of the Greater Atlantic City Jaycees, and was named a “Woman of Distinction” for her community service by The Press of Atlantic City.