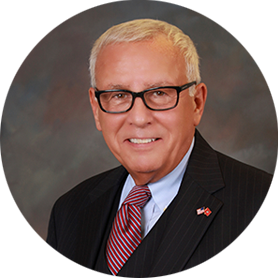 Tom has handled thousands of serious injury and death cases and tried hundreds of cases to jury verdicts or binding arbitration awards.

He is listed as one of “The Best Lawyers in America” in the personal injury category, and “Best Personal Injury Lawyers in New Jersey.” These peer reviewed list of the nation’s and NJ’s best lawyers by specialty area are selected by other lawyers and published nationally and statewide.

Tom Vesper is credited with helping change the legal rights of fire, police and emergency personnel and their families to recover damages in third party cases when they are seriously injured or killed on the job; also he has developed new ethical techniques for establishing money damages.

Certified as a civil trial attorney by the New Jersey Supreme Court and the National Board of Trial Advocacy.

Teaches and lectures nationally and statewide at trial lawyer conferences, Webinars and Video Workshops including the National College of Trial Advocacy at Harvard and Duke University law schools, the New Jersey Judicial Conference of Judges, AAJ, APITLA, and The Aletheia Institute.

Member of the Million Dollar Advocates Forum, one of four attorneys in the firm who has tried and settled cases bringing more than one million dollars to the client.

Born in Philadelphia, PA., raised in Pennsauken, NJ and a homeowner in Margate, NJ since 1973. Enjoys watching movies, shows, dining, traveling with his family: Mary Alice and their two daughters Maggie and Catie.