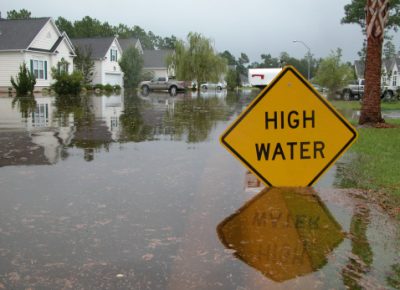 In 2018 alone, the tri-state area experienced record rainfalls. As the weather patterns become more unpredictable in all regions of the country, any place can become an area prone to flooding. Purchasing flood insurance can provide protection and give you peace of mind. Even when you don’t live in a high-risk area, you could face damage to your property due to flooding.

If you are considering buying flood insurance, here are 8 common myths that you should know:

MYTH #1: Flood insurance is available through your homeowner’s insurance.

FACT: Normally, homeowners insurance do not cover flood damage. But, you can purchase Federal flood insurance through an insurance agent or company. It will cost on the average about $700 a year.

MYTH #2: If my property floods, it wouldn’t be by much.

FACT: Just five inches of water can cause at over $25,000 worth of damage.

MYTH #3: You can’t buy flood insurance if you are located in a high-flood-risk area, by the ocean, or a renter.

FACT: You can buy National Flood insurance as long as your community participates in the NFIP. It was created in 1968 to make federally backed flood insurance available to property owners, renters, and businesses in eligible communities.

MYTH #4: Flood insurance isn’t necessary because you can get disaster assistance from FEMA

FACT: When you have flood insurance, you can be ensured that the policy will protect you from flood events that aren’t necessarily big enough to be declared a presidential disaster. In less than 50 percent of flooding events, Federal disaster declarations are made. If one is made, federal disaster assistance typically is in the form of a low-interest disaster loan, which must be repaid. Any grants that may be provided are not enough to cover all losses.

MYTH #5: You can’t buy flood insurance immediately before or during a flood.

FACT: You can purchase National Flood Insurance at any time. Typically, there is a 30-day waiting period after you buy flood insurance before the policy is effective. The policy does not cover a loss in progress, which is defined as a loss occurring as of midnight on the first day your policy goes into effect.

Myth #6: The NFIP does not offer basement coverage.

FACT: Structural elements and essential equipment in a basement are covered, although basement improvements such as finished walls and floors, and personal belongings in a basement are not The following items are covered under building coverage, as long as they are connected to a power source, if required, and installed in their functioning location:

FACT: Not necessarily, as stated in Myth #1, the average cost is $700 a year, but if you live in a low-risk area, the premiums are lower. Some policies can start at $112 per year.

MYTH #8: The NFIP does not cover flooding from hurricanes, the overflow of rivers or tidal waters.

FACT: The NFIP defines covered flooding as a general and temporary condition during which the surface of normally dry land is partially or completely inundated by water. There must be at least two properties in the area or two or more acres in the community must be affected. Flooding can be caused by: 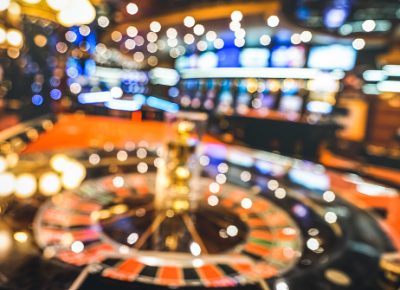 For Atlantic City attorneys for casino accidents, contact the firm of Westmoreland Vesper Quattrone & Beers. We have been serving the Atlantic City community for over 50 years, and we have a long history of achieving rightful compensation for casino accident victims. We’ve seen firsthand the pain and suffering that victims endure from accidents caused by casino negligence, and we work hard to ensure that you are fairly compensated.

Multiple accidents and injuries can happen due to negligence on the part of a casino or hotel. We see stories frequently about lawsuits over a number of things. A casino might continue to serve a clearly intoxicated person who then goes on to drive a vehicle and cause an accident. Or a casino worker or guest may be injured in an elevator accident. Slip and fall injuries frequently happen on wet floors that aren’t clearly marked. And sometimes patrons may be victims of a violent crime due to inadequate security.

If you’re suffering from a preventable injury, it’s important to hire an attorney who pays attention to detail and is willing to go to trial to win the compensation you deserve.

At Westmoreland Vesper Quattrone & Beers, we believe our investigative process is our strength. We take the necessary steps to preserve evidence, reconstruct the accident, and gather witness interviews. We take the time to review your medical records and clarify your damages. If a casino is not willing to meet your compensation demands, we will be fully prepared to go to trial, and our certified trial attorneys ensure that a jury considers all of the facts and damages.

If you’re suffering from an injury that could have been prevented, trust Westmoreland Vesper Quattrone & Beers as your Atlantic City attorneys for casino accidents. Contact us today for a free consultation, and let us help you get the compensation you deserve and move forward with your life again.